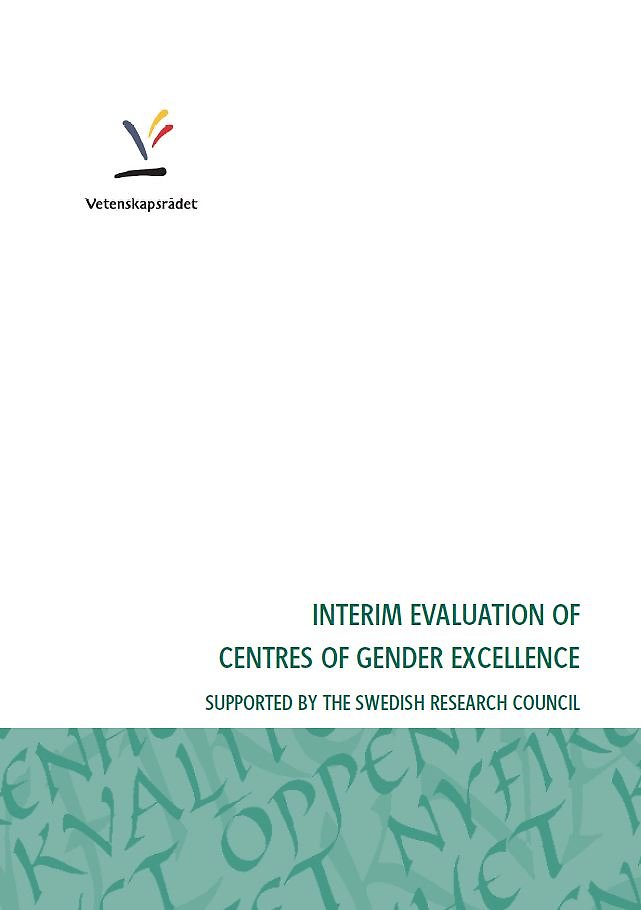 In November 2006, the Swedish Research Council granted funding for prominent centres for gender research, to be known as ‘Centres of Gender Excellence”, at the Universities of Uppsala, Umeå, and Linköping–Örebro in collaboration. At the same time, it was decided that the activities of the Centres would be evaluated at year-end 2007 or New Year 2008. The report presented here is the result of this initial evaluation.

The evaluation panel comprised Professor Marian Simms of the University of Otago in New Zealand (Chair); Professor Susan Phillips of Queen’s University, Canada; and Professor Dan Brändström, former Managing Director of the Bank of Sweden Tercentenary Foundation.
This evaluation focused on assessing whether the Centres had embarked on the work according to the official plans and whether they had taken the initiative in disseminating research results in the international arena. Their strategies for recruiting researchers to their respective areas were also specifically examined. Summing up, the panel found that all the Centres had commenced their work according to plan and were able to present well considered strategies for publication and internationalisation of their work, as well as plans for new recruitment.

The evaluation panel recommends continued, strengthened collaboration between the newly established Centres and other Swedish research environments, focusing on gender and political changes, globalisation and Europeanisation, and international relations. The panel members also consider that Swedish register data are still underused in gender research, but note that the Centres in both Linköping–Örebro and Umeå have initiated studies that make use of data from questionnaire surveys and registers.