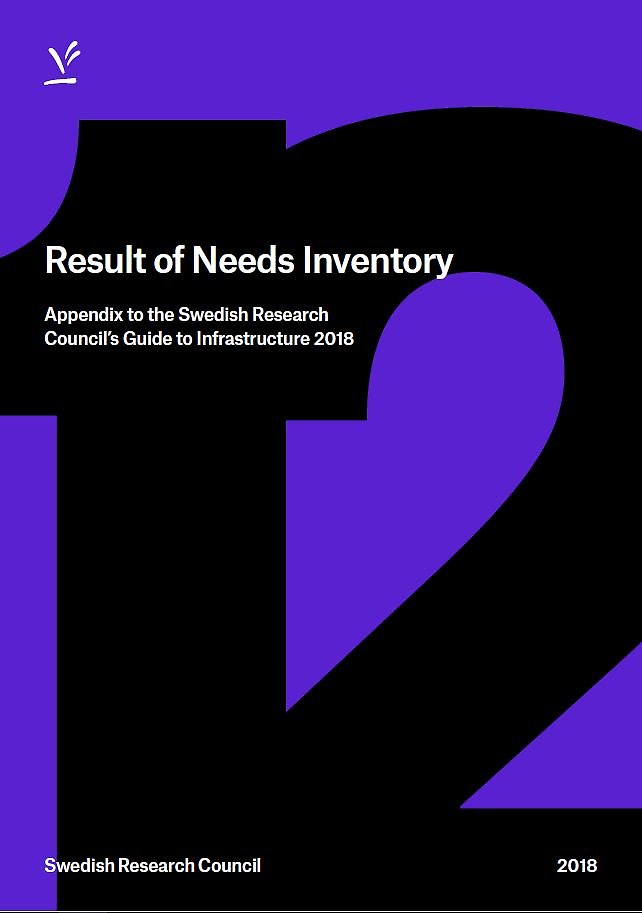 During the inventory of needs we conducted in 2017–2018, just under 100 proposals were received from higher education institutions, public authorities with research responsibilities, funding bodies, and research groups.

All incoming proposals for research infrastructure were assessed in terms of scientific, strategic, and national value, as well as feasibility.

In this report we describe the thematic areas that were found to be of the highest scientific and strategic value.

The report is an appendix to the Swedish Research Council’s guide to infrastructure 2018.