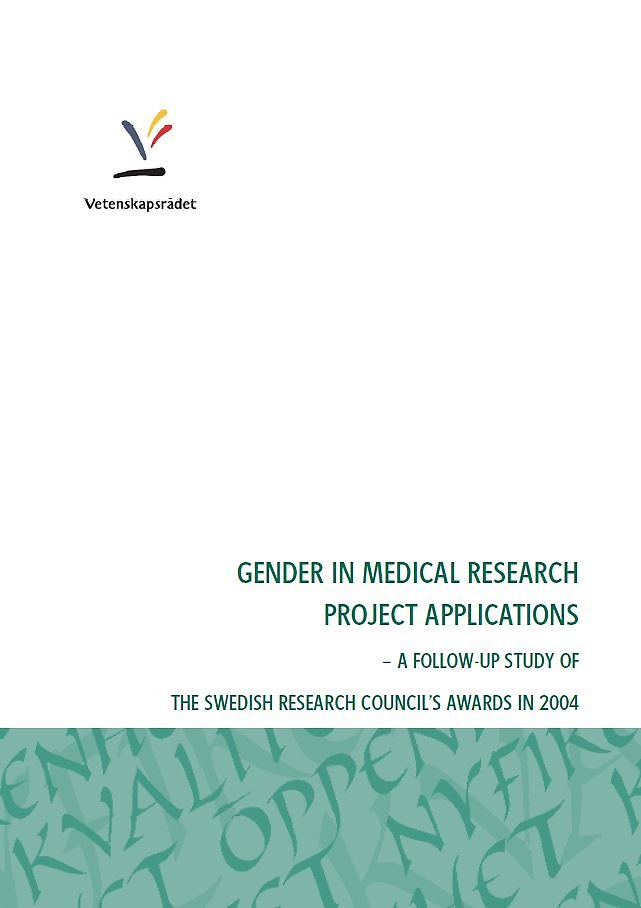 Medical gender research takes social and cultural relationships into consideration in conjunction with biological events. The commissioning of funding for gender research has previously been carried out in part by the Swedish Research Council’s Committee for Gender Research. For applications from Spring 2004 the task of awarding research funds was handed over to the group responsible for commissioning medical research.

In order to expedite a follow-up report, applicants applying for funding in Spring 2004 were asked to tick a box on the application form if the proposed project involved a gender angle. Applications marked in this way were subsequently set aside, classified and examined. The following report examines how applicants interpreted the term “gender” and made use of it in their application. The report also considers how the awarding body responded, noting the extent to which funding was awarded to research projects with a gender angle.