Funding of Swedish virus research has been mapped

A large part of the Swedish Research Council’s funding of virus research in recent years has gone to research into viruses that are already known, such as HIV and influensa. Research into other types of virus that have caused major epidemics in society has received much less funding. This is shown in a mapping that we have produced because of the corona pandemic.

The Swedish Research Council is responsible for a large proportion of the funding of Swedish research into viruses and infection. Because of the corona pandemic, we have mapped the funding of virus research during the last few years. The findings can for example be used as guidance for future research initiatives. 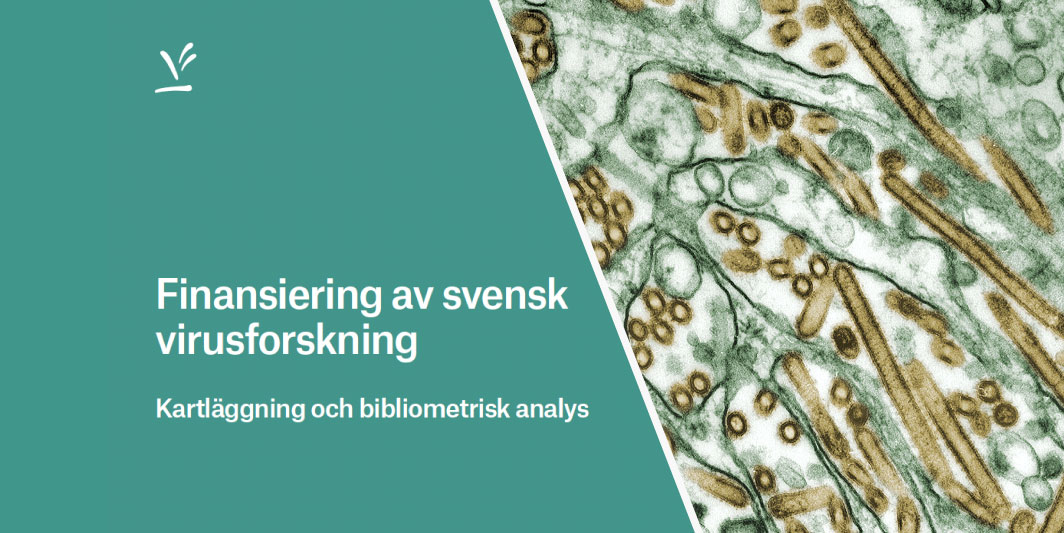 The mapping shows that the Swedish Research Council distributed around 450 million SEK to virus research during the period 2014–2019. The major share of this funding went to research into retroviruses, which include HIV. We note that this distribution also applies to other research funding bodies.

The mapping also includes a bibliometric analysis of how Swedish virus research measured up internationally during the period 2009–2018. The analysis shows that Sweden is in 20th place for the number of publications, and in 16th place for average number of citations, which are both relatively good positions.

A considerably smaller part of the Swedish Research Council’s funding has gone to research into the virus types that have been behind the epidemics of the last few years, such as Corona, Dengue, Ebola, Zika and Calicivirus (also known as Norovirus, or “winter vomiting bug”). On the other hand, publications in these areas seems to have had good scientific impact.

“The mapping pinpoints the areas where Swedish research needs to become stronger,” says Jan-Ingvar Jönsson, Secretary General of the Scientific Council for Medicine and Health at the Swedish Research Council. “It also shows how difficult it is to decide in advance what type of research to prioritise. We will see more viruses developing into epidemics and pandemics, and research needs to have a strong and broad foundation to handle this.”

Download the report (in Swedish with summary in English)

About the Corona outbreak and the Swedish Research Council